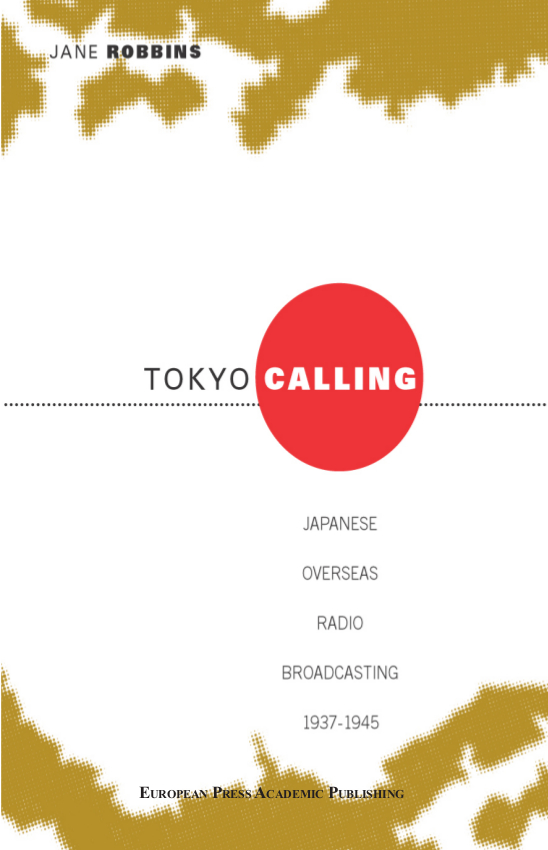 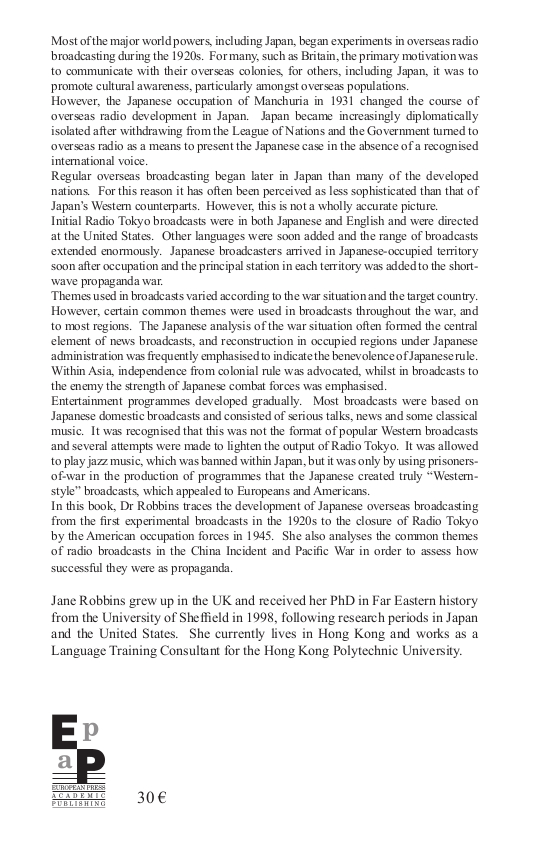 The aim of this study is to bring Japan's overseas radio propaganda into a more central position in World War Two historical debates. In so doing, it seeks to assess whether japanese propaganda was generally inferior to that of the other belligerents, as is frequently assumed.
Browse the interior

Details Reviews
Most of the major world powers, including Japan, began experiments in overseas radio broadcasting during the 1920s. For many, such as Britain, the primary motivation was to communicate with their overseas colonies, for others, including Japan, it was to promote cultural awareness, particularly amongst overseas populations. However, the Japanese occupation of Manchuria in 1931 changed the course of overseas radio development in Japan. Japan became increasingly diplomatically isolated after withdrawing from the League of Nations and the Government turned to overseas radio as a means to present the Japanese case in the absence of a recognised international voice. Regular overseas broadcasting began later in Japan than many of the developed nations. For this reason it has often been perceived as less sophisticated than that of Japan's Western counterparts. However, this is not a wholly accurate picture. Initial Radio Tokyo broadcasts were in both Japanese and English and were directed at the United States. Other languages were soon added and the range of broadcasts extended enormously. Japanese broadcasters arrived in Japanese-occupied territory soon after occupation and the principal station in each territory was added to the short-wave propaganda war. Themes used in broadcasts varied according to the war situation and the target country. However, certain common themes were used in broadcasts throughout the war, and to most regions. The Japanese analysis of the war situation often formed the central element of news broadcasts, and reconstruction in occupied regions under Japanese administration was frequently emphasised to indicate the benevolence of Japanese rule. Within Asia, independence from colonial rule was advocated, whilst in broadcasts to the enemy the strength of Japanese combat forces was emphasised. Entertainment programmes developed gradually. Most broadcasts were based on Japanese domestic broadcasts and consisted of serious talks, news and some classical music. It was recognised that this was not the format of popular Western broadcasts and several attempts were made to lighten the output of Radio Tokyo. It was allowed to play jazz music, which was banned within Japan, but it was only by using prisoners-of-war in the production of programmes that the Japanese created truly "Western-style" broadcasts, which appealed to Europeans and Americans. In this book, Dr Robbins traces the development of Japanese overseas broadcasting from the first experimental broadcasts in the 1920s to the closure of Radio Tokyo by the American occupation forces in 1945. She also analyses the common themes of radio broadcasts in the China Incident and Pacific War in order to assess how successful they were as propaganda.
No review at the moment 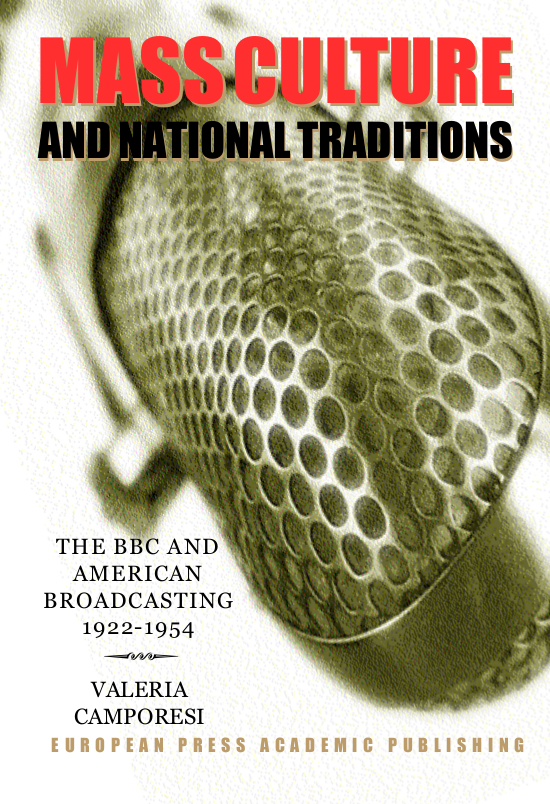 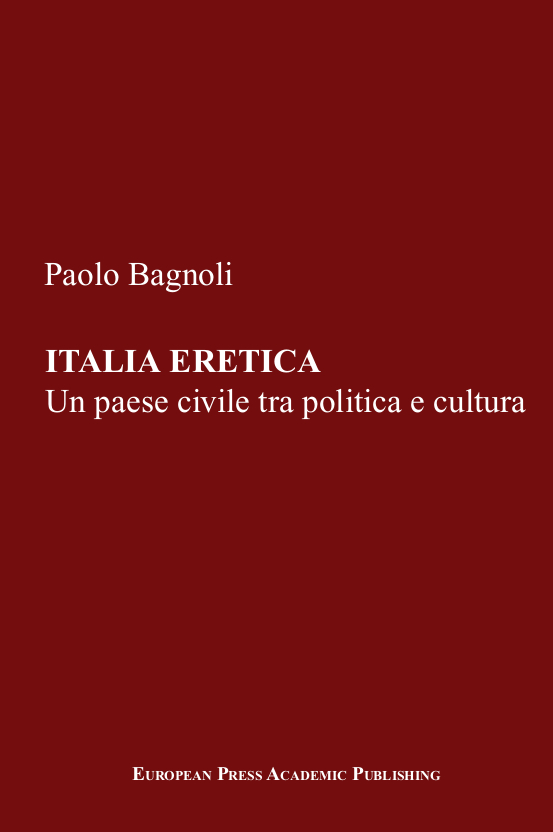 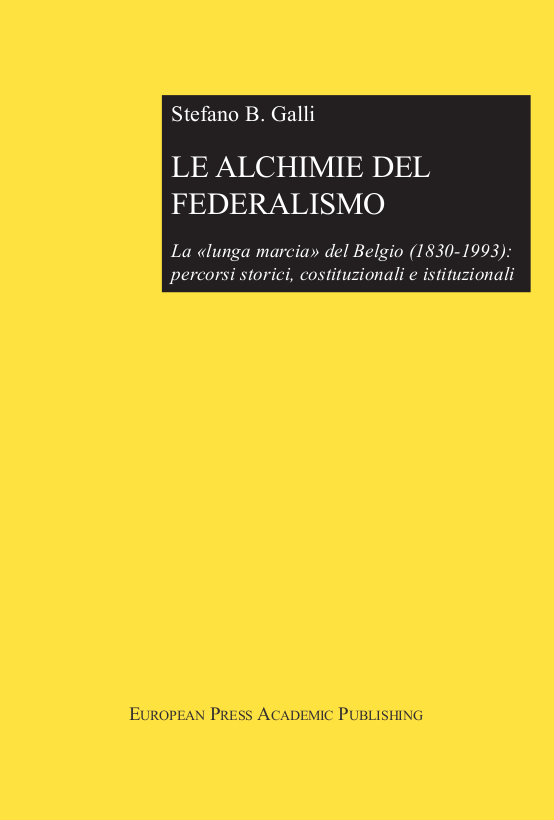 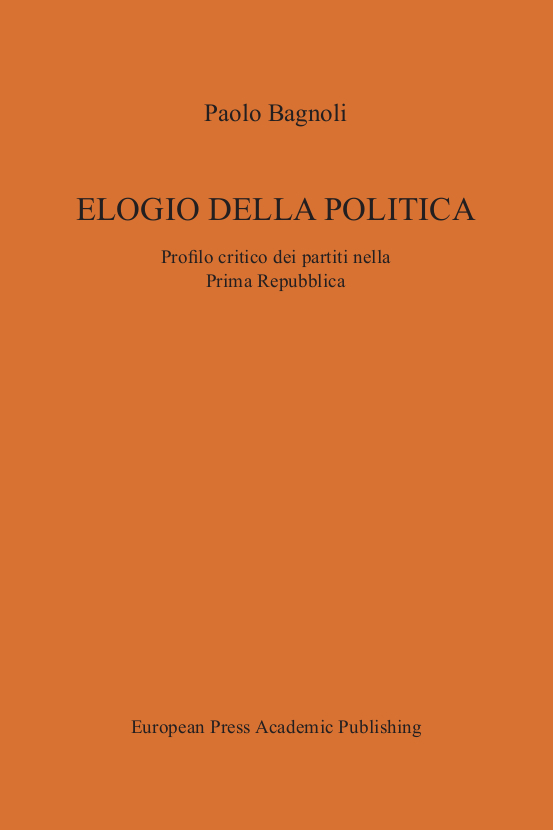 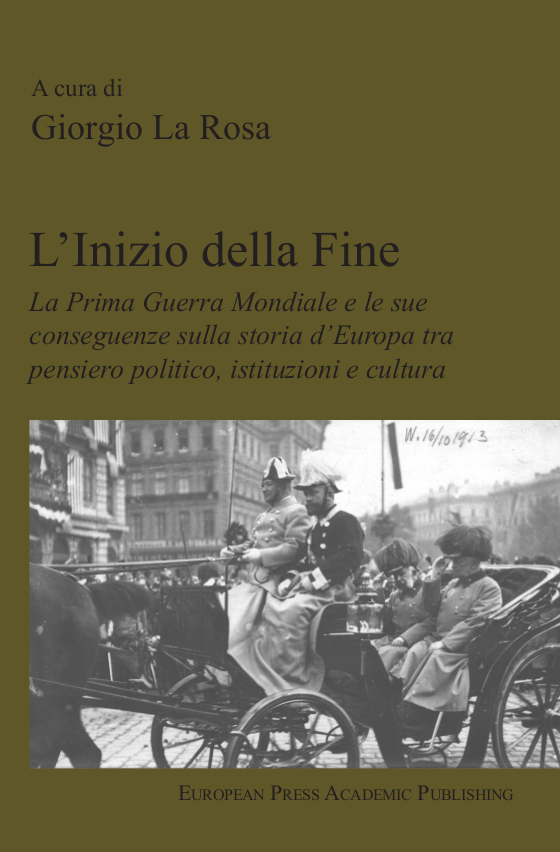 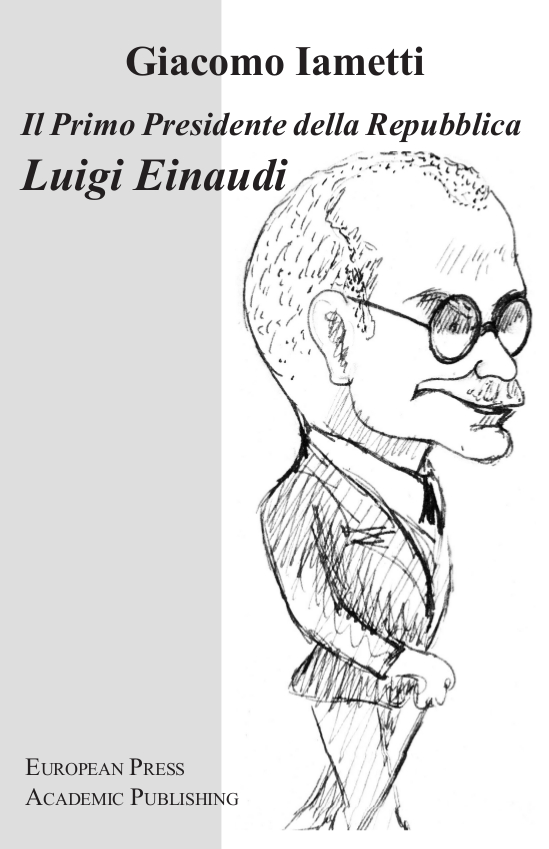